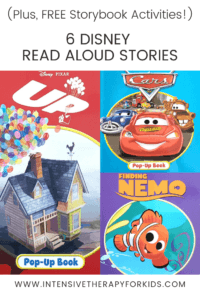 From The Incredibles, Finding Nemo, Monsters Inc., Cars, Toy Story 3, and UP, kids Pre-K to Kindergarten can meet or see their favorite character in this pop-up book series.

These stories are perfect for early readers because they teach beginning reading skills like:

My six-year-old son loved these pop-up books so much it inspired me to create these read-alouds and educational storybook activities.

Keeping our kiddo engaged while learning is the ultimate golden nugget for us adults, right? 🙂

I hope your precious one enjoys these stories as much as my son.

Be sure to stick around from start to finish to access your book read alouds, printable activities, and bonus resource!

Get to know the “Supers” Elastigirl and Mr. Incredible (including their family) in this short read-aloud story.

The community is fed up with the Supers because they seem to cause more problems than they solve!

Because of this, the Supers are forced to retire.

They are no longer allowed to use their SUPER powers to help people.

But things begin to change … There is an evil villain named Syndrome on the prowl who wants to bring Mr. Incredible down so he captures him!

Mr. Incredible’s wife (Elastigirl), his daughter (Violet), and son (Dash), RUSH to his rescue to try to save him from Syndrome!

Can the Supers win back the love from their community?

Take a peek to find out what happens. 🙂

Sulley is the BEST scarer in town!

He (and other scarers) scare sleeping kids (by going through a closet door to the human world) to help the Monster city of “Monstropolis” generate power.

Sulley, along with his best friend, Mike are roommates who work together at Monsters Inc.

One night Sulley goes through a closet door to scare a little girl BUT she ends up following him back into the Monster world!

Together, Mike and Sulley team up to take the little girl (Sulley names Boo) back home WITHOUT getting caught by the other monsters. BUT the adventure turns dangerous.

Will Mike and Sulley help Boo get home safe?

Tying thousands of balloons to his house, elderly widower, Carl is on an adventure to fulfill his lifelong dream of visiting Paradise Falls.

Carl promised his late wife, Ellie, the two would travel together to Paradise Falls but sadly that never happened.

As Carl releases the balloons to make his house fly UP and UP, a wilderness boy named Russell happens to be hiding on his front porch!

Together, the two travel to the South American wilderness of Paradise Falls. They meet friends along the way.

BUT Carl soon realizes that his lifelong dream turns into one crazy adventure!

Check out what happens to Carl. 🙂

Lightning McQueen, a successful rookie race car driver, is traveling to the Piston Cup Championship for the tie-breaker race against The King and Chick Hicks.

While on his way, Lightning McQueen falls out of his trailer and becomes lost in the small town of Radiator Springs.

Wrecking the town’s road, Lightning McQueen gets into big trouble with the judge, Doc Hudson.

He is ordered to fix the road.

While fixing the road, he soon bonds with the other cars in town meeting a few of his best friends.

After the road is fixed, Lightning McQueen leaves town to head to the Piston Cup Championship.

Andy is all grown up and ready to head to college!

He boxes up his toys (including Woody and Buzz Lightyear) to put in the attic while he is away.

The toys were accidentally almost thrown in the garbage! So they came up with a plan to head to Sunnyside Daycare where other kids will play with them and love them.

Things turned for the worse, the kids didn’t play nice with the toys at all!

Woody and his friends plan their escape to go back to their home with Andy.

BUT things don’t go according to plan…

Will the toys make it out of Sunnyside Daycare safely?

Look to see what happens with Woody and his toy friends. 🙂

A cute little clownfish named, Nemo, is playing with his friends in the Pacific Ocean.

His protective father, Marlin, warns him to be careful!

Nemo ends up getting captured by a diver who takes him back to Sydney, Australia to live in a tank with other fish.

Marlin sets out to find his son! He meets a new silly friend along the way named, Dory, along with several new acquaintances that have extremely LARGE teeth.

OR will Nemo escape?

Find out if Marlin and Nemo reunite. 🙂

Enjoy the “Tracing Letters” activities below.

This activity was created to help your kiddo gain control over their fine motor skills (like their hand, finger, and arm movements) that are necessary to form words.

Tracing letters is a GREAT way to practice writing skills!

Related: If you are traveling to Disney in the near future with a loved one that has special needs, check out how to get a Disney Disability Pass by clicking here. 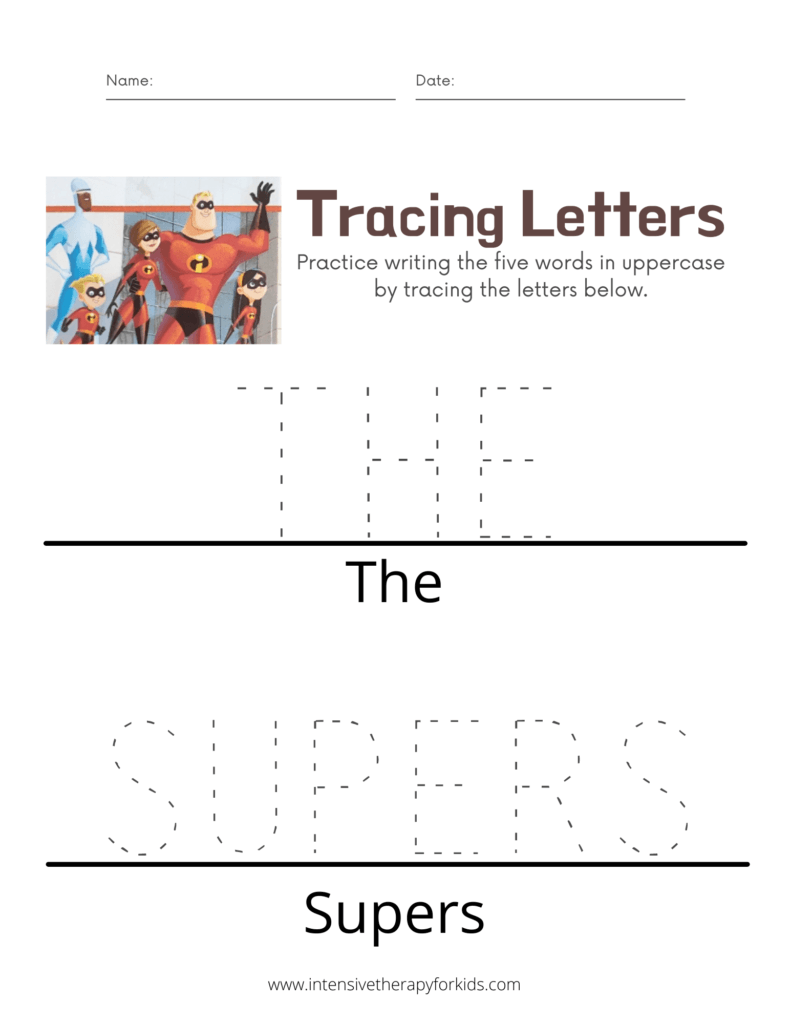 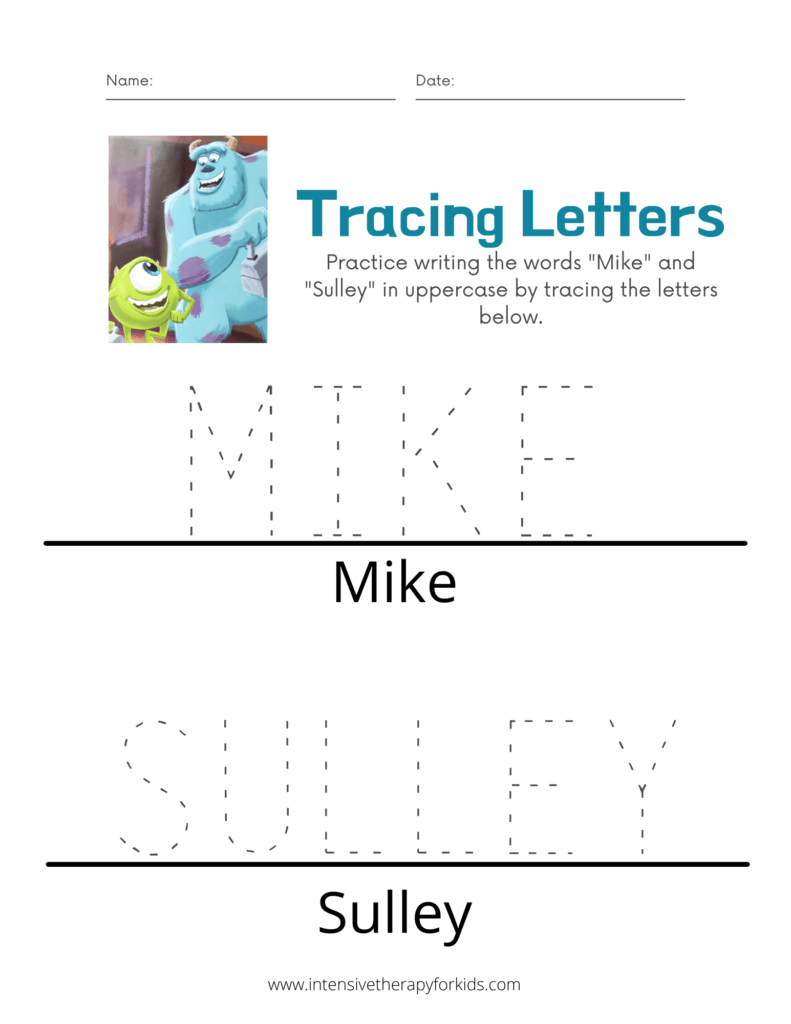 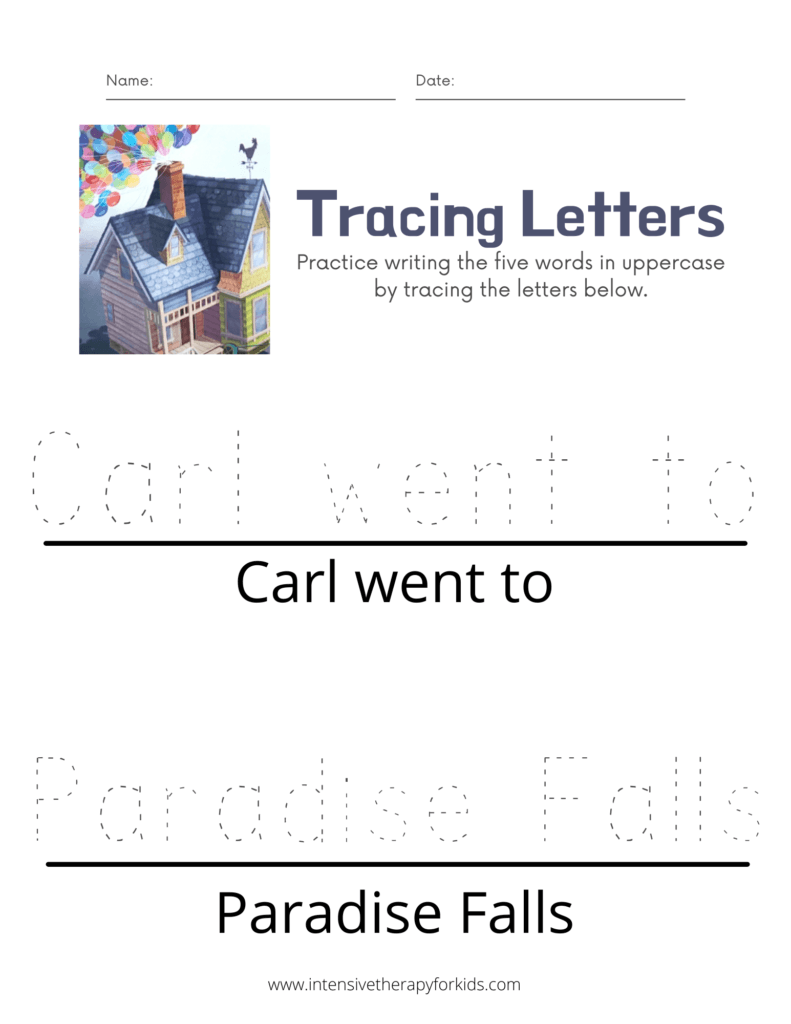 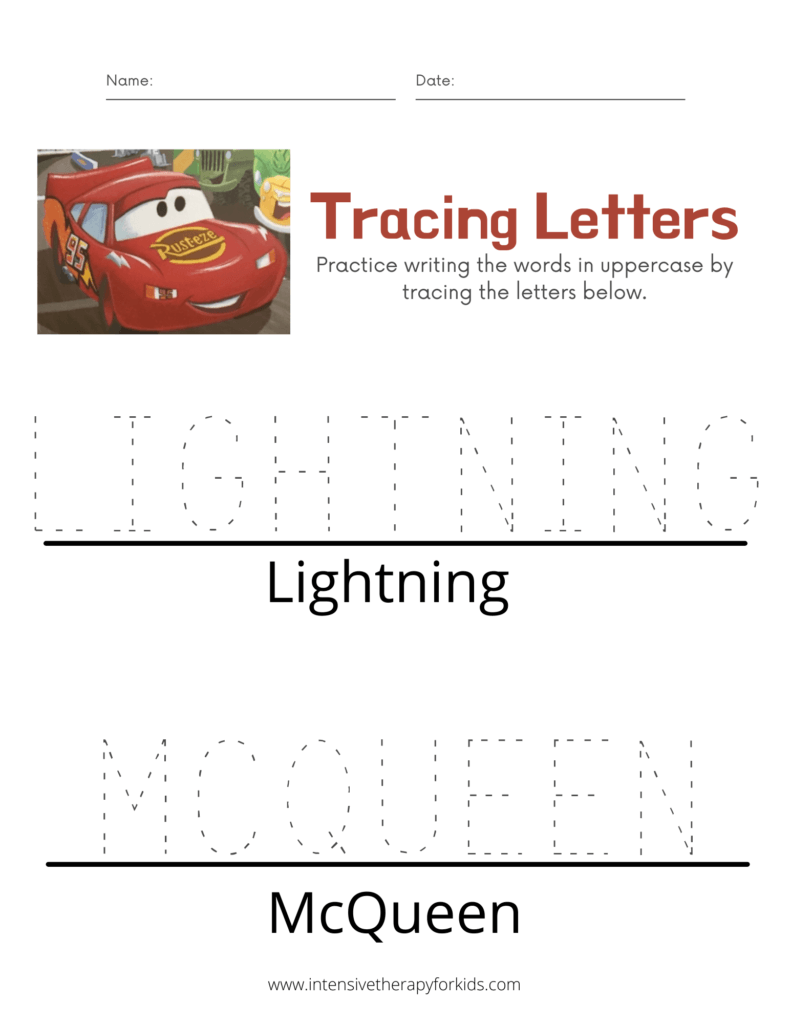 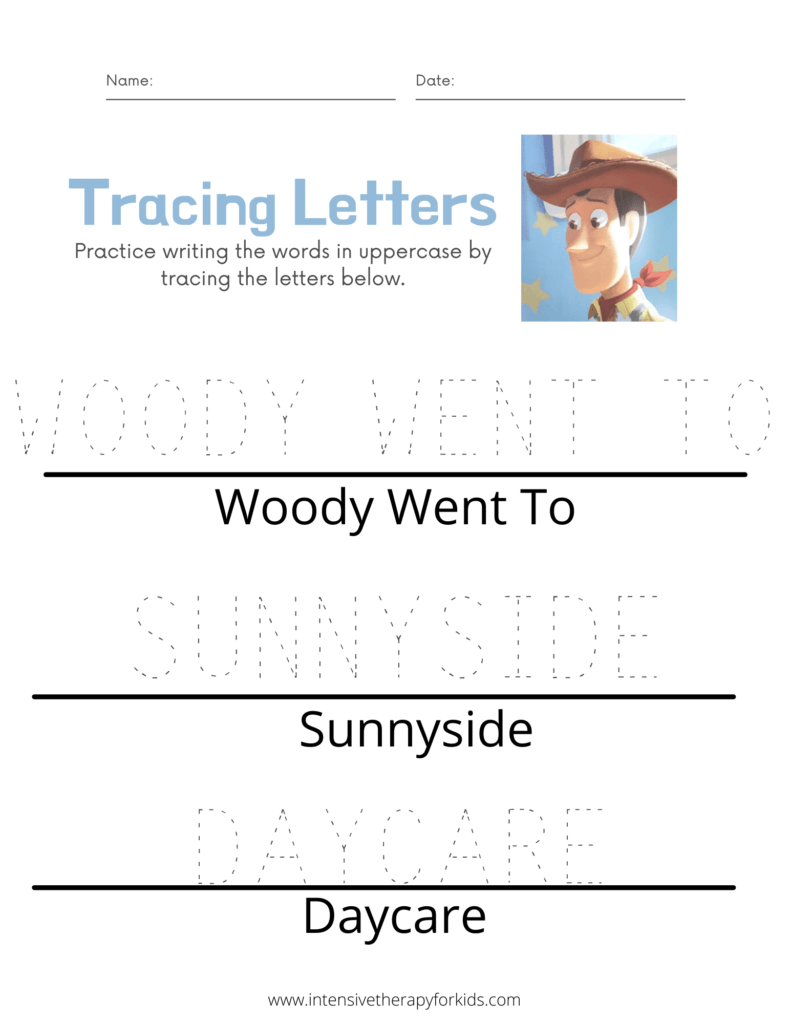 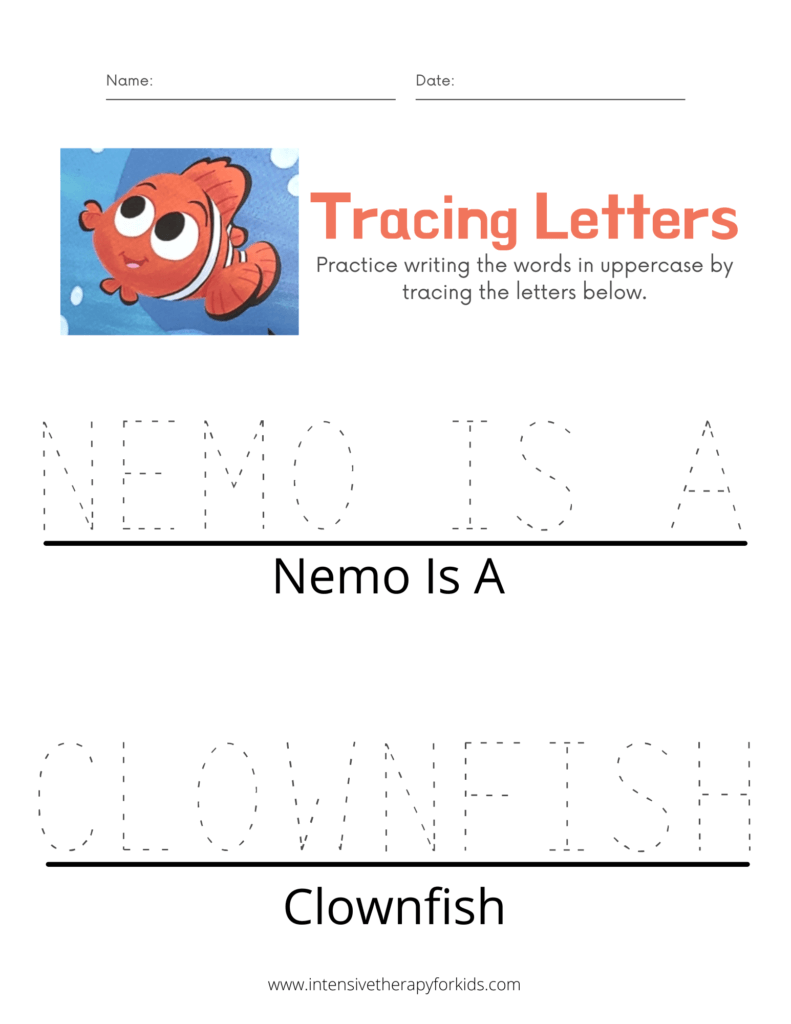 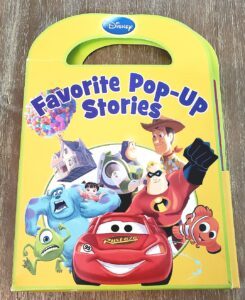 Illustrated By: The Disney Storybook Artists

I want to wrap up by extending my gratitude to thank you for stopping by today!

If you have other Disney book

s to recommend, questions or anything to add that I did not cover in this post, please feel free to comment below.

If you found value in this information, please click the sidebar link to share with someone else. ?

►► BONUS Resource: For a free video on how to teach your child to read, click here ◄◄ 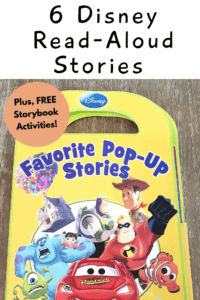 Affiliate Disclaimer: This post may contain affiliate links for your convenience. As an Amazon Associate, I earn from qualifying purchases at no additional cost to you. Thank you for your support and engagement which keeps this website alive!

On the Night You Were Born Read-Aloud (Printable Activity)